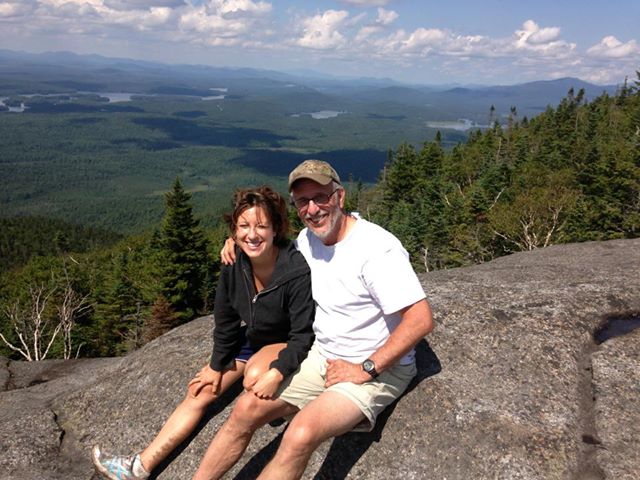 We all come to “forks in the road” throughout our lives. Moments where we take a new path, a risk.

My daughter, Katie, is in that position. Having finished a job in Seattle.  She decided, after much thought (prompted to a large degree by her unhappiness with that city’s weather) to relocate to sunnier climes — Berkeley, Ca. to be exact.

I couldn’t be prouder.

She’s 26 and  unattached. She doesn’t have a job yet. The only certainty at this point is that she has an inexpensive place to stay with a friend.

Katie has a Cornell degree in Industrial and Labor Relations, has traveled extensively, has a great resume and great people skills. She’ll  land on her feet in Berkeley and do well.

What I’m so proud of is her willingness to take a risk and follow her instincts. There’s lots of people who go through their lives playing it safe. More often than not, they’re plagued by “what if?” thoughts about their decisions for the rest of their lives, be it in their relationships or job choices.

Yogi Berra was once quoted as saying, “When you come to a fork in the road, take it.”

I reached a fork in the road when I dropped out of graduate school at the University of Southern California back in 1979. I was there pursuing a master’s degree in occupational therapy and decided after a semester to drop out of school.

I decided that career path wasn’t for me and embarked on a much different course.  I decided I wanted to try writing.

It’s a long story about what happened afterward, about how I ended up in my newspaper career.

What I will say is that decision to change course involved some initial hardships. For months I was unemployed. To save money, I tried living on one meal a day. I worked a few third shifts unloading trucks at a loading dock for cash. I didn’t have a phone and used a pay phone across the street from the trailer park where I lived to communicate with Laura, my girlfriend (and now my wife)and to try and set up job interviews.

Years later, I look back on those days and smile. Yes, it was hard. Yes, I’m sure there were relatives or friends who thought I was nuts. However, it was something I felt I just had to do.

The bottom line is that experience played a key part in me eventually getting into my newspaper career — a decision that I’ve never regretted.

I discussed Katie’s decision to relocate to Berkeley with Ann, a good friend at church, whose daughter Lizzy,is likewise considering a major change in her career path.  Lizzy graduated from high school with Katie.

She shared with me an inspiring email that her brother-law sent to Lizzy.  He talked about his career as a lawyer, and how at one point he didn’t get the change in duties he expected in the district attorney’s office.  He quit to pursue a legal career on his own.

“I enjoyed this work, and I was very dedicated and successful,”  he said. ” Looking back, I view my career as a series of changes, yet it was a continuum, building on past opportunities and experience.”

He finished with the following thoughts  from Mark Twain:
“Do something every day that you don’t want to do; this is the golden rule for acquiring the habit of doing your duty without pain.
“Humor is the great thing, the saving thing. The minute it crops up, all our irritations and resentments slip away and a sunny spirit takes their place.
“Always do right. This will gratify some people and astonish the rest.
“…Twenty years from now, you will be more disappointed by the things you didn’t do than by the ones you did do. So throw off  the bowlines. Sail away from the safe harbor. Catch the trade winds in your sails. Explore. Dream. Discover.”
I couldn’t have said it better.